Purchase this DLC and you can the choose any of these coats for your own wolf. They will also be eligible to appear on dispersal wolves and grown pups in any new game that you start after you make the purchase.

Note: You purchase the DLC from either Steam or itch.io, depending where you purchased the game. If you purchased it on WolfQuest.org or itch.io, and then purchase the DLC on itch.io but later use the Steam key to get the game on Steam, the game will recognize your DLC purchase. However, if you have both versions and buy the game on Steam, the itch.io version will not recognize your Steam purchase. 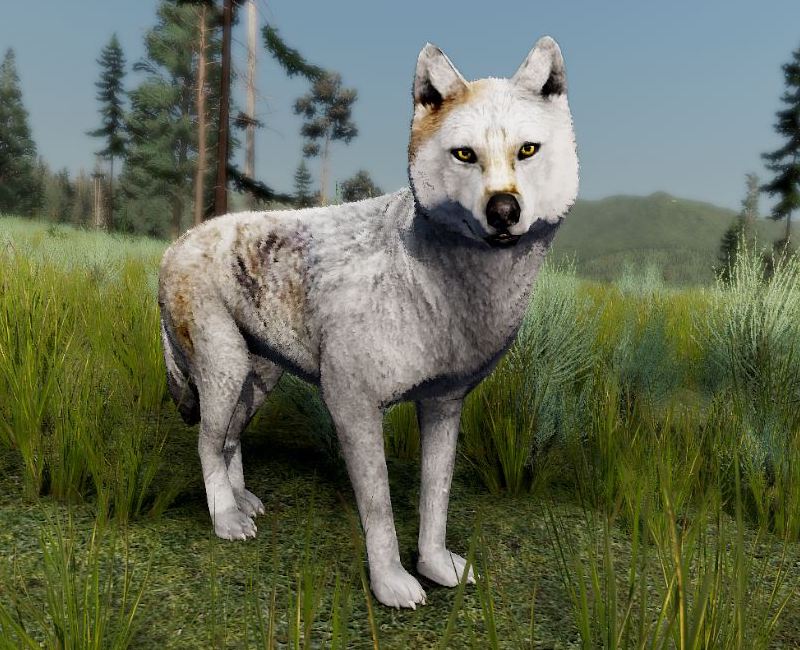 This uncollared female was well known for her light gray coat, which became white as she aged. The White Lady and her black mate 712M led the Canyon pack for nearly decade. Her eye-catching coat color and her comfort around photographers made her a favorite with Yellowstone wolf watchers. She lived twelve years – a remarkably long time for a wild wolf – before she was shot illegally. 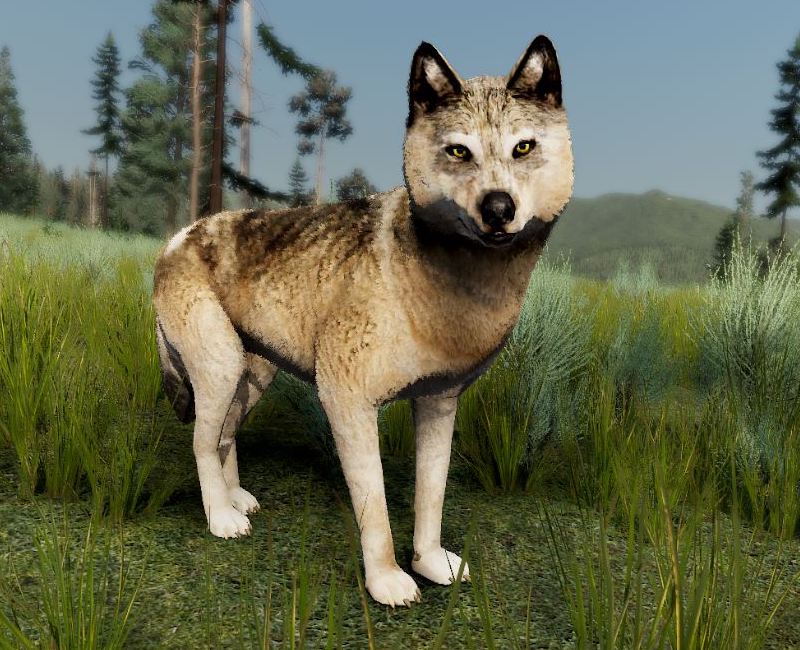 Nicknamed for the year she was born, '06 was one of Yellowstone's most famous wolves. She joined with a pair of brothers, 755M and 754M, to form the Lamar Canyon pack. Unusually large and strong for a female, '06 was an amazing hunter and could take down elk by herself. She was the mother of Spitfire (926F). She was shot legally outside of Yellowstone National Park as part of Wyoming's wolf hunt in 2012. 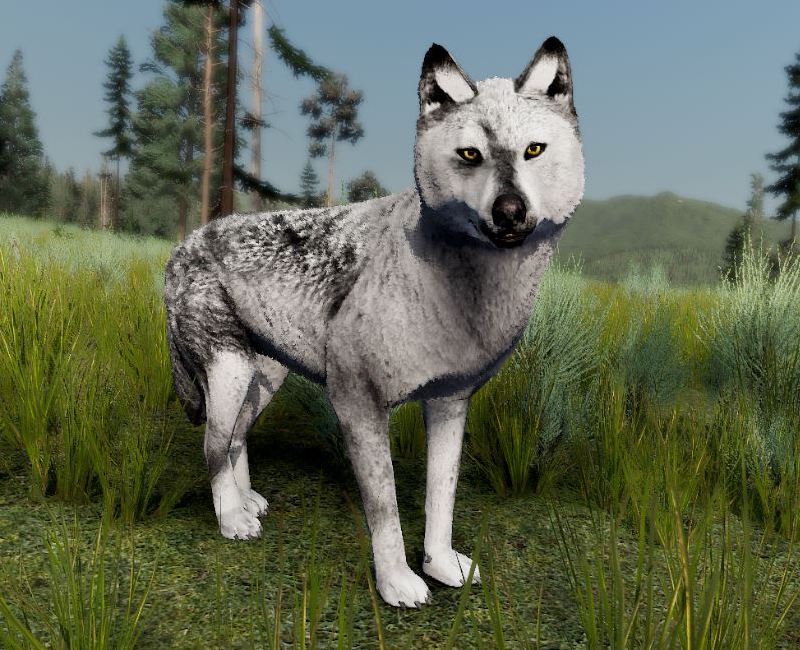 755M and his brother 754M were black-coated brothers born in 2008. They joined up with '06 Female (832F) and eventually formed the Lamar Canyon pack. As he aged, 755M's coat lightened to a distinctive gray. After '06's death, 755M spent years wandering and foiled in love. Finally he partnered with an uncollared gray female to successfully raise pups and form the Wapiti Lake pack. He is the only alpha male to be the "founder" of two different packs in the history of reintroduced Yellowstone wolves. 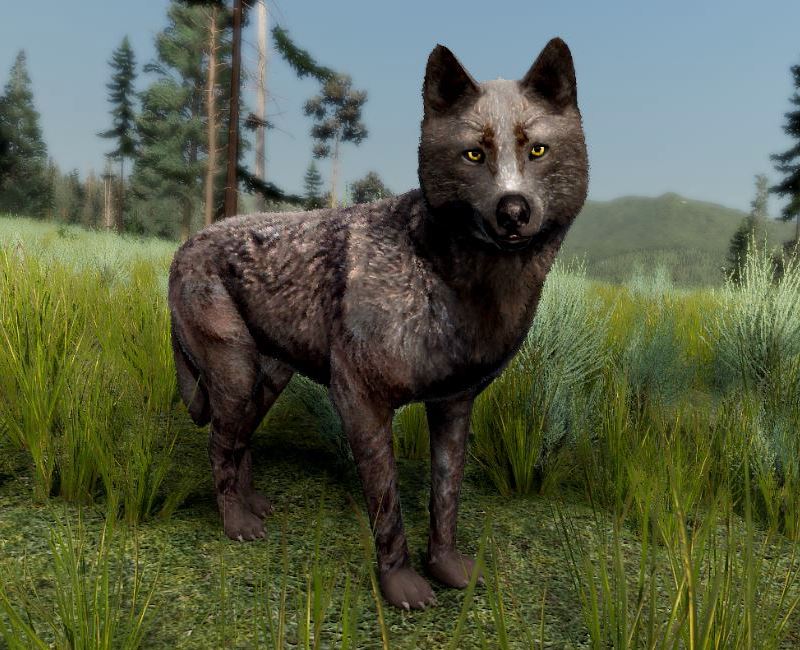 With the death of her mother '06, Spitfire eventually became the Lamar Canyon Pack's alpha female. She was born 2011 and had her first litter in the spring of 2014 with her first mate 925M. Like her mother, Spitfire was a fierce hunter. She was once seen battling an elk and driving it off a 100 foot cliff! When rival males killed her mate, she responded by taking one as her new mate, also convincing his three male companions to join her pack and help her raise her and 925M's soon to be born pups. She lived seven and a half years when she was legally shot and killed by a hunter a mile outside of Yellowstone National Park. 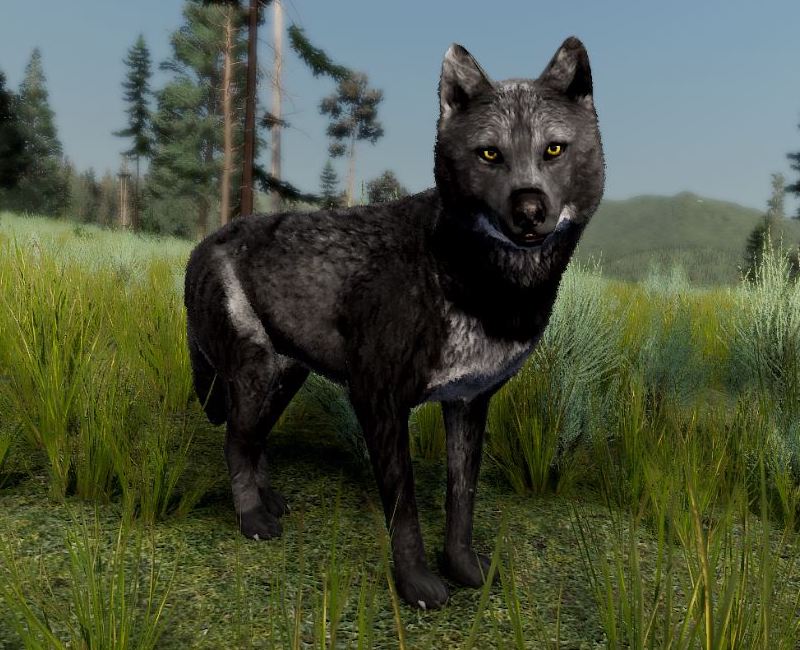 The black coated Casanova was featured in the PBS documentary "In the Valley of the Wolves" and National Geographic's documentary "Rise of Black Wolf." Known as a rebel wolf who wooed many females from rival packs, Casanova may well have sired more pups than any other Yellowstone wolf during his long life of nine years. In 2009, he died of wounds from fights with other wolves. 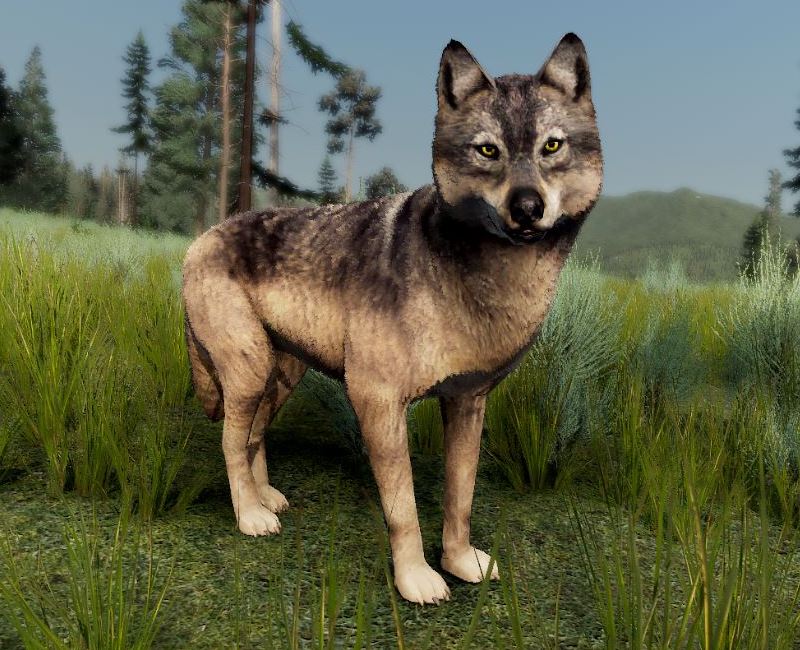 7F and 2M were the first naturally formed wolf pack following the reintroduction of wolves to Yellowstone. 7F had a reddish coat  and was sometimes called Rosie. She was captured in Alberta, Canada with her mother 9F. The two females were acclimated in a pen together with 10M who paired with  9F. Once they were released, 7F went off on her own and thrived as a lone wolf for ten months before bonding with 2M, who had just left his pack. In their first year, they had a litter of three pups. 7F showed her prowess by killing an elk only three days after giving birth! The pair went on to produce seven litters (34 pups) and at least twenty nine pups survived past the first year! She died in 2002 in a conflict with the Geode Creek wolves and her packmates finished raising her last litter of pups. Her faithful mate 2M died later the same year, also fighting with the Geode Creek pack. 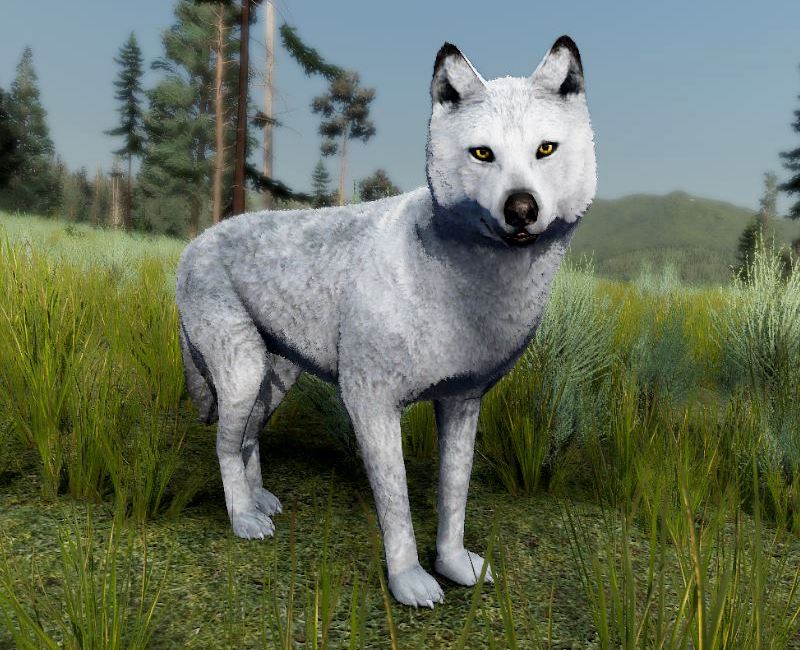 42F was one of the original 17 wolves reintroduced  in 1996 from British Columbia that became the Druid Peak pack. She was nicknamed Cinderella because her sister (who had became alpha by driving out their mother) picked on her for many years. Finally, Cinderella and some of their nieces rebelled and killed the unpopular alpha female in a rare deadly intrapack conflict. 42F and the existing alpha male 21M then joined together to lead one of the most famous packs in the history of Yellowstone wolf reintroduction. At one point, the Druid Peak "superpack" was 37 wolves strong! 42F died in a territorial interpack conflict with the Mollie's pack in 2004. Her mate 21M died a few months later of old age. 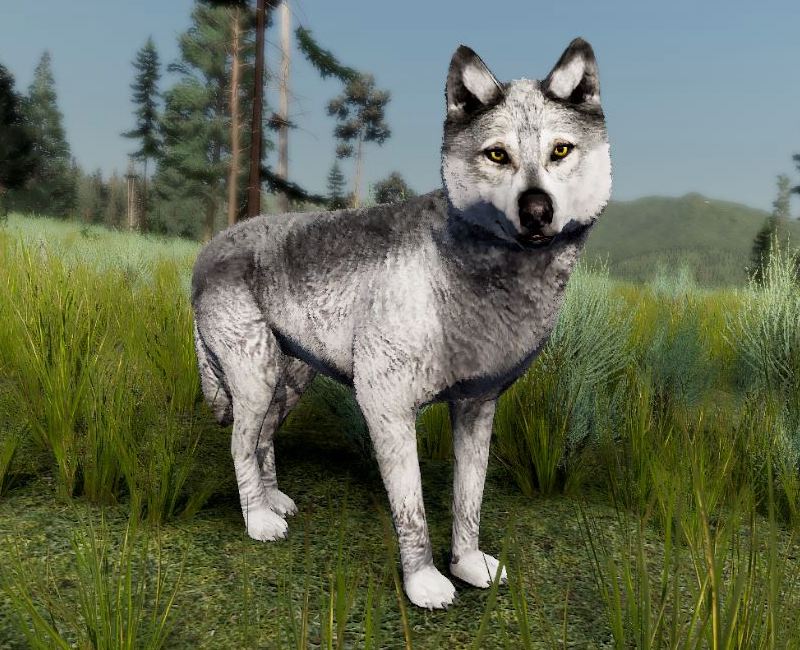 21M was one of the first pups born in Yellowstone following wolf reintroduction. He starred in three National Geographic films, making him one of the most famous wolves of Yellowstone. He was born in 1995 to Rose Creek founders 9F and 10M. When his father was illegally shot (right before he was born), his mother and seven siblings were all moved back temporarily to the Rose Creek acclimation pen from which his mother and father were released just months earlier. Later in life, he became alpha male of the Druid Peak pack in 1998 when he daringly faced and eventually paired with then alpha female 40F. After 40F's death from an intrapack (within the pack) conflict in 2000, he paired with her sister 42F and the pair continued as alphas for the pack for many years until their deaths in 2004. 21M died of old age on June 12, high on Specimen Ridge, overlooking his long-time territory of Lamar Valley – and just four months after the death of his mate 42F. 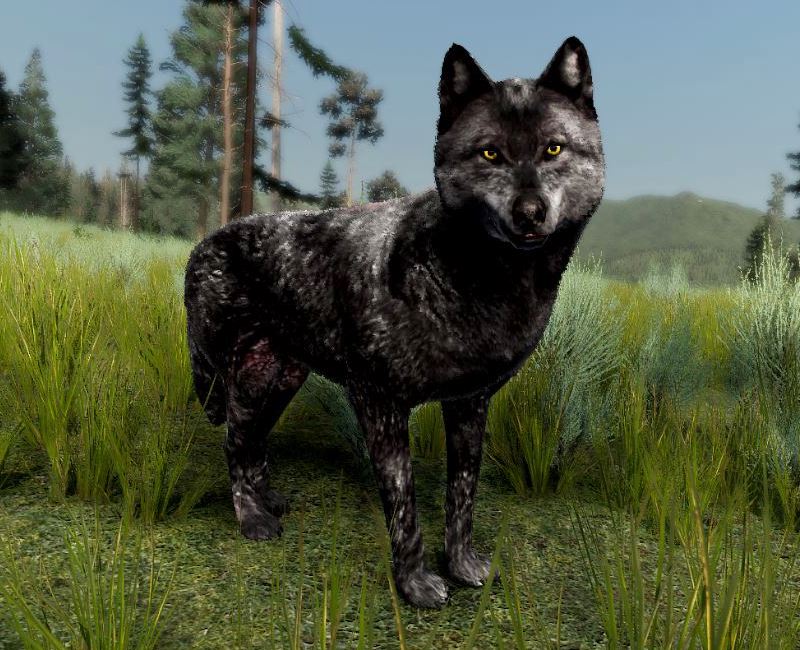 9F and her yearling daughter 7F were captured in Alberta, Canada. They were acclimated in a pen in the Lamar Valley together with the bold and beautiful 10M. The two of them mated which was a surprise, as no one expected a litter of pups in that first year of reintroduction.

It was a rocky start to life in Yellowstone, however, as 10M was shot soon after they were released. 9F scraped out a shallow den under a tree and gave birth to eight pups on her own. After much debate, the reintroduction team decided that such young pups had no chance of survival with only one parent so they recaptured the family and returned them to the pen.

Come fall, it was time to release again but many were still skeptical about their chance of success with only one hunter and protector. Just in time, a lone wolf from the Crystal pack, 8M, came courting at the pen site. Soon the eight youngsters had a new dad and 9F got a new hunting partner! The new family pack went on to thrive. 9F and 8M raised litters every year 1996-1999. In the spring of 2000, 9F had lived a long life and disappeared into the Absaroka Wilderness, never to be seen again. 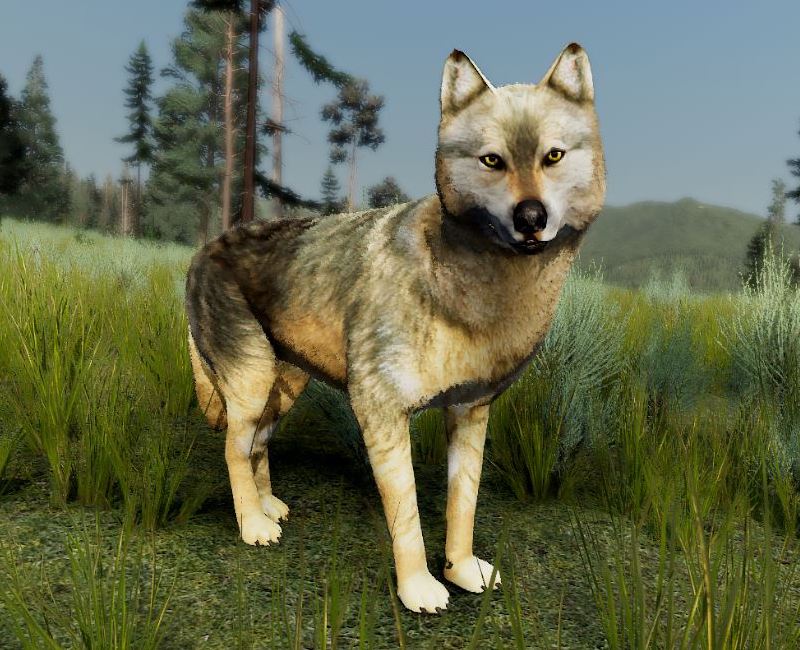 10M was a big, bold, and confident gray-coated wolf. He was the only one of his pack captured in Alberta, Canada and brought to Yellowstone. 10M was placed in an acclimation pen with 9F and her yearling daughter 7F. No one realized it until later, but he mated with 9F – something no one expected of two strangers in captivity.

Tragically, 10M's life was cut short soon after their release by a man who shot "a wild dog." 10M was the one of first heartbreaking reminders of the human danger facing the wolves in their new territories. After 10M's death, 9F wandered in a tight circle, waiting for her mate to return.  She continued to stay in a small area, which seemed to indicate she was injured or expecting pups. Sure enough, 9F gave birth to 10M's legacy, the first sizable litter born in Yellowstone in over seventy years! 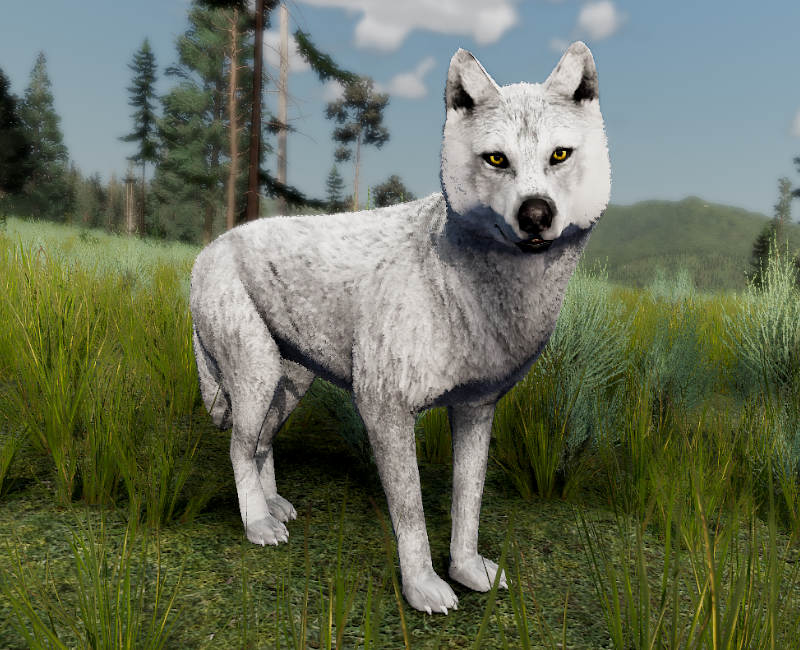 Known as The White Wolf of Yellowstone, 192M is the only male wolf in Yellowstone to have turned white with age (the others have all been females). He was the gray-coated male alpha of the Bechler pack which lived in one the most remote and snowiest areas of Yellowstone. He died of old age in 2009 after living for twelve years, making him one of the oldest Yellowstone wolves on record. 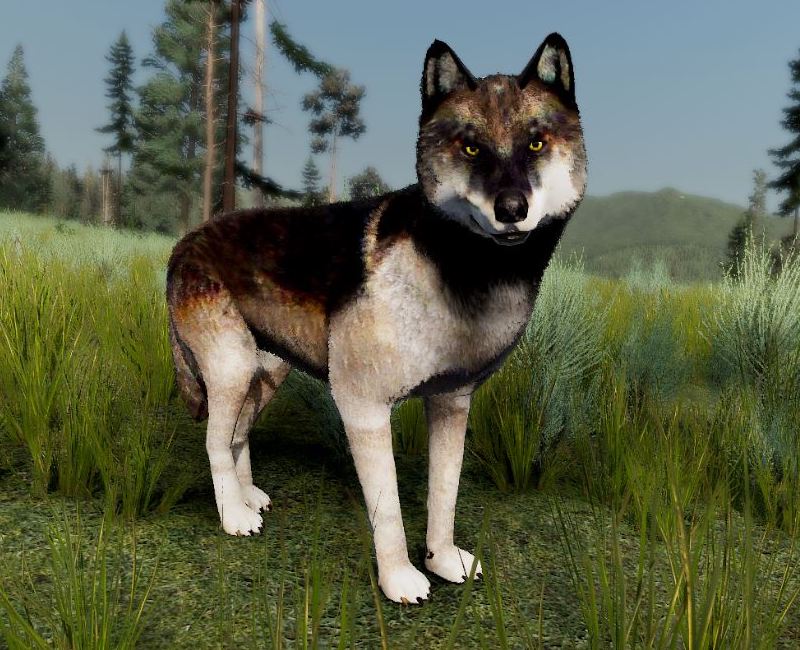 Big Blaze (838M) got his name from his heft (128 lbs/58kg) and the distinctive large white blaze across his black chest. He and his brother Big Brown were born into the Druid Peak pack and dispersed to form the Blacktail Plateau pack. He spent his life as wild wolves do, battling rivals and shifting packs and was eventually killed by Mollie's Pack in 2012. 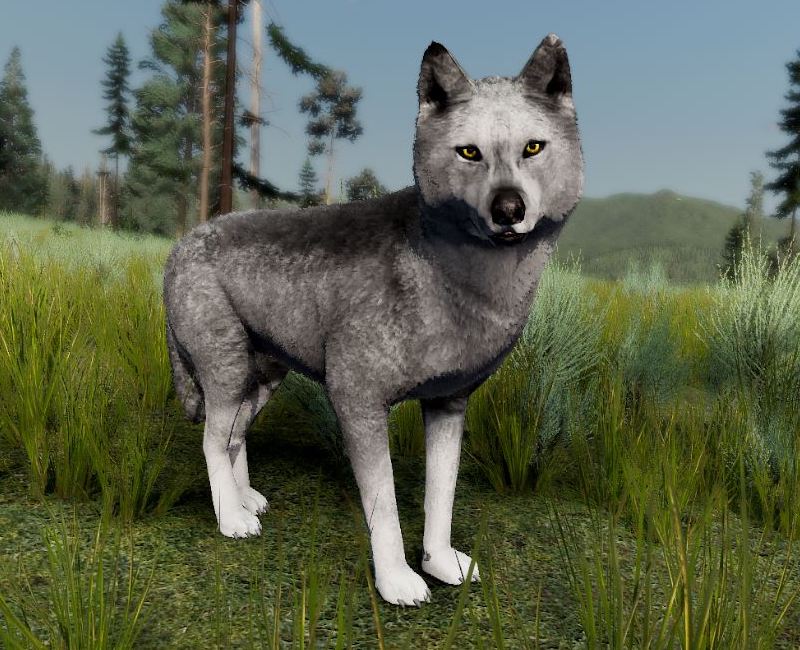 Half-Black was born into the Druid Peak pack in 2001. She was never collared and not much is known about her. She got her nickname Half-Black for her uniquely divided coat: dark black on top with lighter gray bottom. She was last seen in 2003. 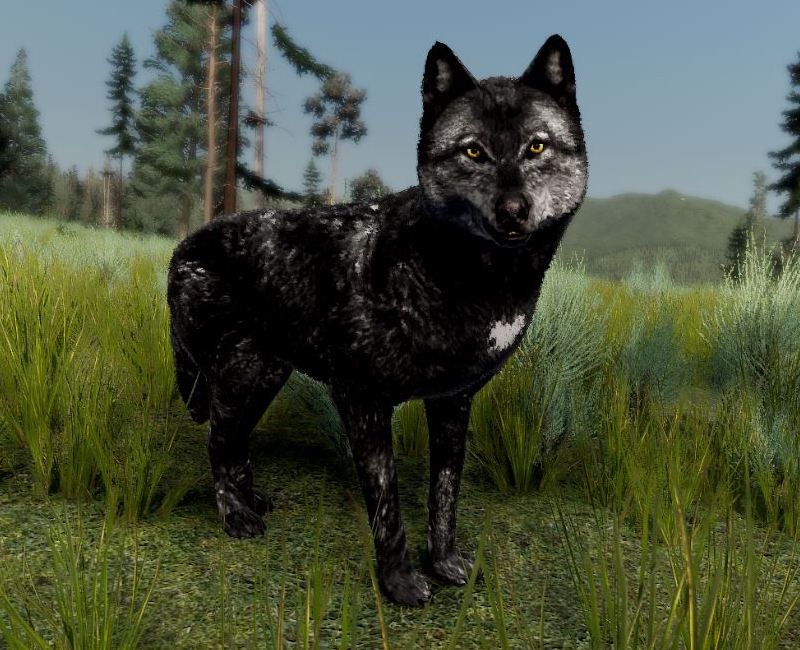 Small Dot, an uncollared black male, was nicknamed for the white patch on his chest. In 2016, Small Dot and his brother joined the Lamar Canyon females. The four black wolves have delighted wolf watchers by chasing bighorn sheep and treeing mountain lions!

Eventually, Small Dot and Little-T took over leading this all-black wolf pack. Pushed out of the Lamar Valley by the Junction Butte pack, they currently live in the northeast corner of Yellowstone and outside of the park. 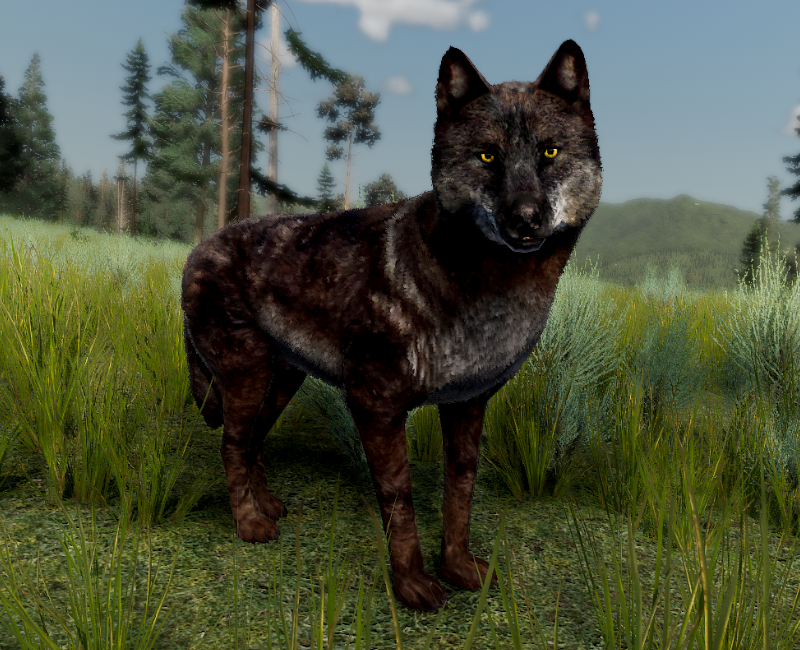 831F was born in 2011 into the Canyon pack. She was a black wolf, easily recognized by the white stripe on her shoulders and white lower chest. She only lived two years, shot by a rancher in a shoot-on-sight livestock control action.